Pete holds a B.S. in Computer Engineering from Boston University. He holds numerous patents in telecom, mobility and imaging and has been driving product disruption and ecosystem partnerships in the intelligent edge, telecom and services arena for years in Silicon Valley and at Microsoft in Redmond, WA for the past 15 years.
In 2016 he coined the term and the concept of the “Always Connected PC” and helped drive Microsoft’s intelligent edge strategy and investments to enable Windows compute devices to always be connected to the cloud.
Now, he drives Microsoft’s strategy for the intersection of 5G, AI and IoT, and runs the Silicon & Telco team in the Azure Edge Devices Platforms and Services Group, which engages in strategic relationship with Microsoft’s key semiconductor and telecom partnerships. 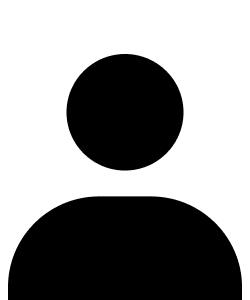 Mr. Edwin Park is a Principal Engineer with Qualcomm Research since 2011. He is directly responsible for leading the system activities surrounding the Always-on Computer Vision Module (CVM) project. In this role, he leads his team in developing the architecture, creating the algorithms, and producing models so devices can “see” at the lowest power. Featuring an extraordinarily small form factor, Edwin has designed the CVM to be integrated into a wide variety of battery-powered and line-powered devices, performing object detection, feature recognition, change/motion detection, and other applications.

Since joining Qualcomm Research, Edwin has worked on a variety of projects such as making software modifications to Qualcomm radios, enabling them to support different radio standards. Edwin has also focused on facilitating carriers’ efforts worldwide to migrate from their legacy 2G cellular systems to 3G, allowing them to increase their data capacity. Edwin Park’s work at Qualcomm Research has resulted in over 40 patents.

Prior to joining Qualcomm, Park was a founder at AirHop Communications and Vie Wireless Technologies. Edwin had various engineering and management positions at Texas Instruments and Dot Wireless. He also worked at various other startups including ViaSat and Nextwave.

Evan Petridis, Chief Product Officer, EVP of Systems Engineering, Eta Compute
With nearly 30 years of experience, Evan Petridis, Chief Product Officer and Executive Vice President of Systems Engineering, leads Eta Compute’s system solution strategy and helps define and develop a portfolio of innovative products that leverage the company’s low-power endpoint AI technology. He has a diverse and extended history of developing systems, from networking to tiny IoT sensing devices. Most recently he worked as Executive Vice President of Engineering at Enlighted Inc. (now part of Siemens Building Technologies) where he spearheaded all development and production activities for the company’s end-to-end IoT systems. While there, he oversaw one of the largest commercial IoT systems, with millions of deployed sensors and cloud infrastructure for multiple applications. Mr. Petridis serves as an advisor and board member to a number of global technology companies. He earned his bachelor’s degree with First Class Honors from the University of Western Australia, Perth, Australia.

Tony received his MBA and BSEE degrees from University of California at Irvine, and has been awarded 4 patents in the fields of Image Sensor operation and system.

Joseph received MSEE degree from Stanford University and BSEE from the University of Michigan. He was awarded 15 patents in the fields of Computer Architecture and circuit design

Schedule subject to change without notice.